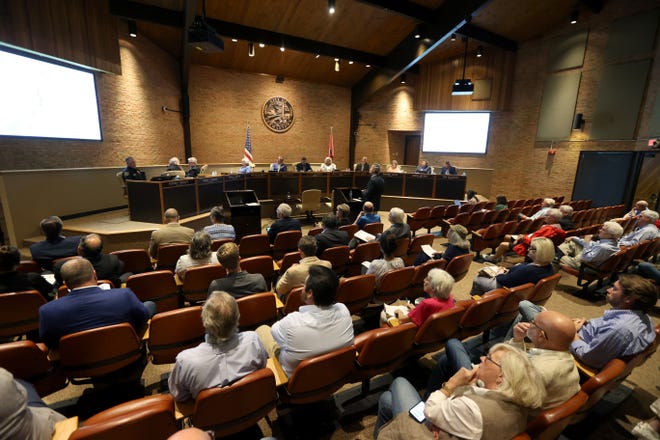 Germantown held the first of three hearings on Monday for its fiscal year 2023 budget proposal.

The second hearing and the first public hearing will take place on June 13.

Here are three things to know about Germantown’s FY23 budget.

GERMANTOWN SHOPS:“It really is a brand new store”: Germantown Hardware is back and bigger than before

It’s the second drop in two budget seasons, with the rate in 2022 dropping from $1.95 to $1.678 after Shelby County completed a reassessment of properties.

The tax rate has not increased for six years.

The Germantown Police Department and Fire Department will receive funds in the budget to enhance the safety of personnel and citizens.

The city set aside about $183,000 for police to implement a body camera program, a first for the department.

“It took us a few years to really be able to do our due diligence and research what would be the best option for our department,” city administrator Jason Huisman said.

The fire department will also receive funding to implement ballistic equipment as a means of protecting firefighters from a potential threat.

DEVELOPMENT OF GERMANTOWN:Glasgow’s first phase could bring 150 homes to the former country club. And after?

GERMANTOWN PERFORMING ARTS CENTER:From Mavis Staples to Herb Alpert, these artists will perform in the next season of GPAC

The budget provides funds for infrastructure work on drainage ditches, including the Duntreath and Miller Farms ditches, and major roads, including Farmington Boulevard and Wolf River Boulevard.

“Significant investments are being made in our infrastructure, public safety, parks and paving,” Huisman said.

He said the city would use most of the second half of the $11.6 million U.S. bailout funding to repair drainage, build a water tower on the city’s east side, and automated water reading meters.

Huisman added that the two main drainage investments the city will focus on are the Duntreath and Miller Farms ditches. He said Miller Farms would receive $7.6 million in repairs and Duntreath needed $3.5 million.

Germantown will also invest about $2.5 million in about 15 miles of road repairs. Huisman said the streets will be chosen later.

The general fund allocates about $1.6 million to parks and recreation, about $1 million more than in 2022.

Dima Amro covers the suburbs for The Commercial Appeal and can be reached at [email protected] or on Twitter @AmroDima.