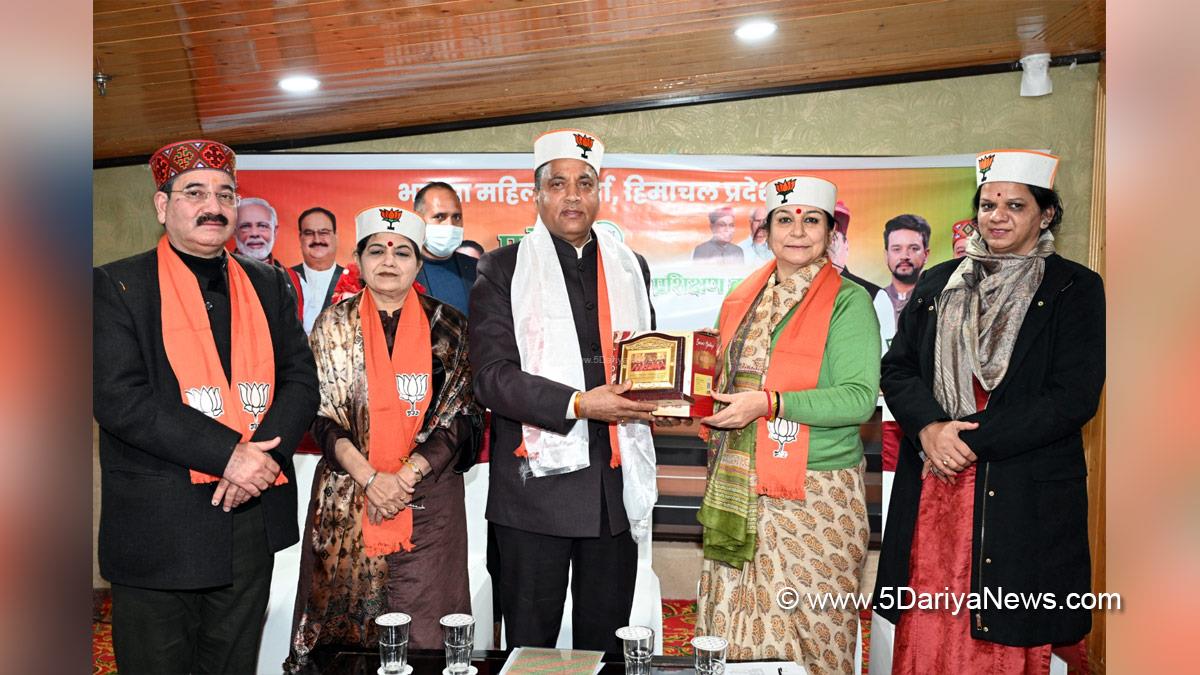 Chief Minister Jai Ram Thakur chaired a state working committee and training program organized by BJP Mahila Morcha on December 8, 2021. The Chief Minister said that 50% of society is made up of women and that to achieve any goal, it is important to work in coordination. with women. Girls and women have excelled in all areas and made immense contributions in all sectors of society. He said that it is impossible to achieve any kind of achievement without the support of women. CM said that to strengthen the party, it is vital to also provide a platform for women. In 1980, when the BJP was formed, the leaders decided to form the yuva morcha, the women’s morcha, Kisan morcha. Etc, so that better leadership can be provided and these important sectors of society can be strengthened. He expressed his joy that the Mahila Morcha excelled and worked with determination for the upliftment of women and strengthened the party. The BJP party is the largest political party and the mahila morcha of the party is growing rapidly.

He said Mahila Morcha has always shown active participation in every event and sector. He said that Mahila Morcha of Himachal is the most active section of the Party. In 2007, when the BJP government was formed, the first decision taken by the then government was to give 50% seats to women in Panchayati Raj institutions, to empower women in the state. Women have fulfilled all the responsibilities, so it is important to provide opportunities for women. The future of Mahila morcha is bright in the coming years, he said. He emphasized party building, with joint coordination. He said training and organizing workshops for workers was essential while motivating workers to work with commitment. He urged working in unison to achieve the party motive. The BJP government is a party with a determined mindset and has always fulfilled its commitment viz. Repeal of article 370, bhumi poojan of ayodhaya temple at Ram Janam Bhoomi and abolition of Tripple talak. He also talked about leadership development in women, which was only possible through training. He also shared his experiences from the first political journeys in his life and said that the small experiences in life prepare the person to be a good leader.

How the new national PDP working committee will function - Ayu -