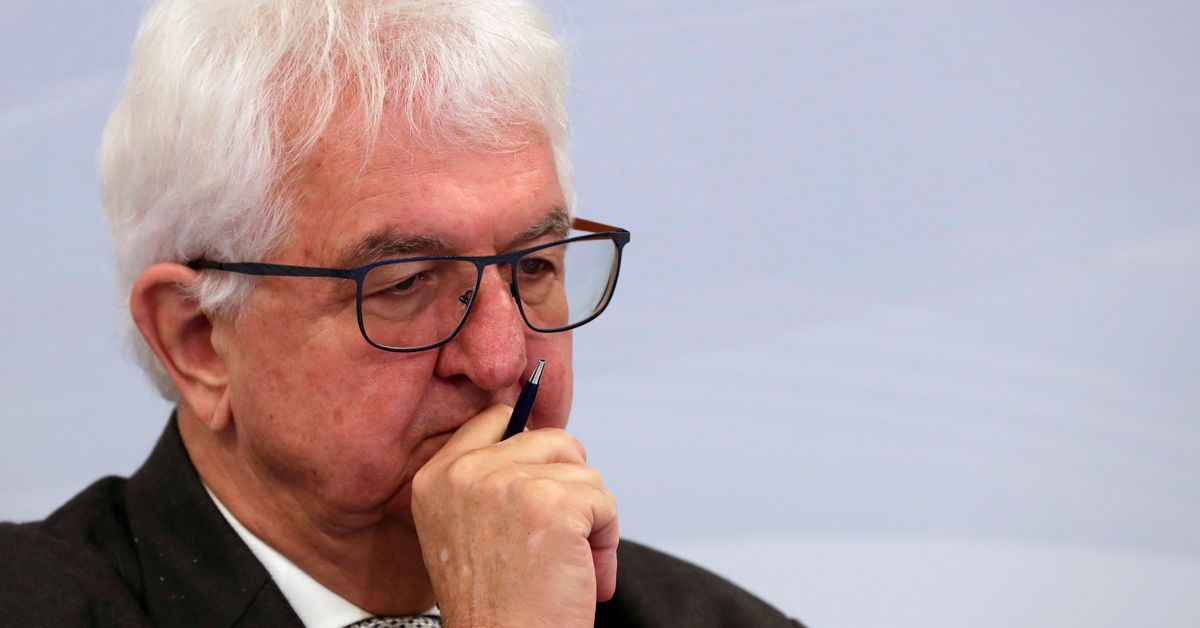 ZURICH, May 7 (Reuters) – The European Central Bank is expected to raise interest rates up to three times this year to fight inflation, hawkish politician Robert Holzmann told the Salzburger Nachrichten newspaper in an interview.

“I think it would be appropriate to take at least two or even three steps. These could be smaller, i.e. 0.25 percentage points each. If this were to happen by December , this would have the effect that by 2023, deposit rates for banks, which are now at minus 0.5%, would be in positive territory,” said the governor of the Austrian central bank.

“You will still be quite far from the natural nominal rate of interest. So there is still a long way to go. But it would be a good signal for the public.”

When asked if the ECB had arrived too late to act, Holzmann replied: “I wouldn’t say too late. But maybe action could have been taken sooner. The United States is about six months earlier in the economic cycle. In this regard, it is appropriate for the ECB to act later. Perhaps the Fed was also a bit late.”

Asked about the US Federal Reserve’s decision to raise rates by half a percentage point, which has supported the dollar against the euro and could fuel imported inflation, Holzmann said: “The ECB does not pursue an exchange rate target. But we are watching it closely and taking it into account in our decisions. We will probably not be able to compensate for the gap we currently have by raising interest rates, but at least the gap is unlikely to increase significantly.”

He also downplayed the danger of a wage-price spiral in which demands for higher wages lock in inflation.

“We are looking closely at the wage agreements. And that does not worry us at the moment. But the danger is still there in principle. If that were to happen, we would have to raise interest rates more strongly to avoid a possible second round. This could affect the real economy, but at the moment this is not the case yet.”