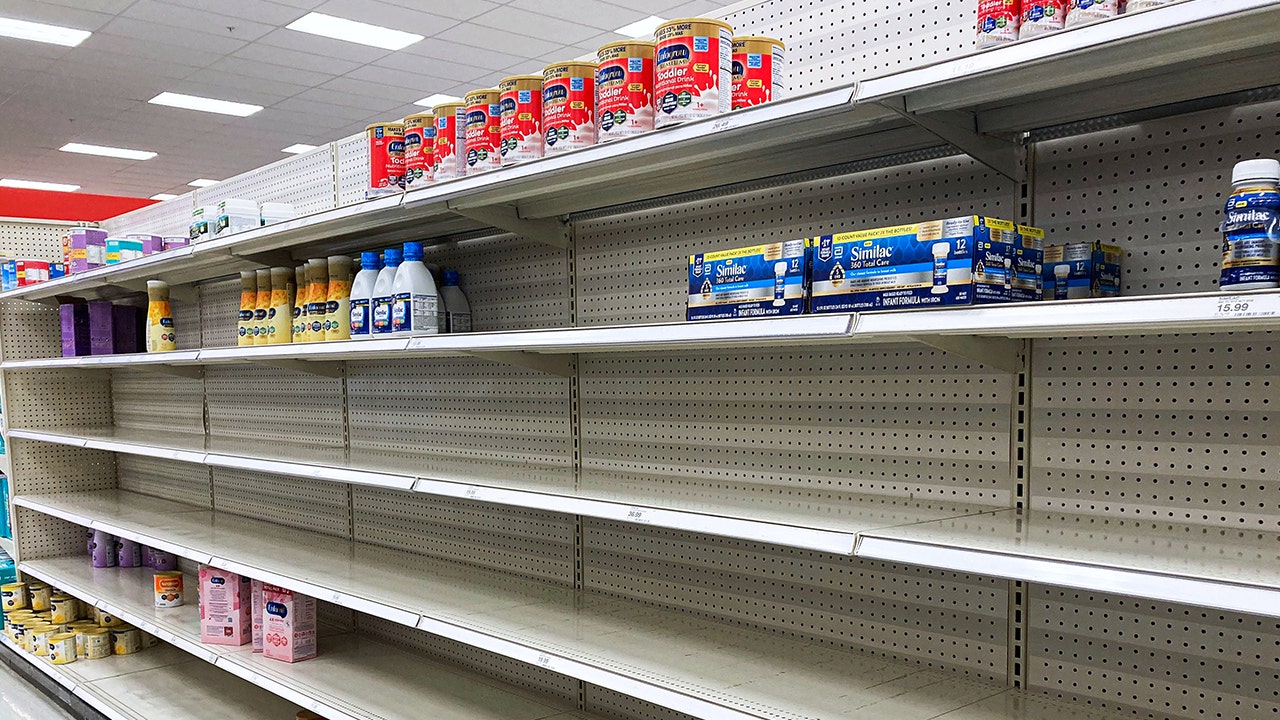 Shortage of infant formula: a doctor offers advice to parents

The formula shortage continues to affect many families and is worsening as formula manufacturers and the U.S. Food and Drug Administration (FDA) investigate what led to the national crisis.

For the week of May 22-29, the stock-out rate for infant formula jumped to 73.58% nationwide, according to recent data from analytics firm Datasembly. That’s almost 4% more than last week and a significant increase from two weeks ago, when the stock-out rate was 45%.

Why is infant formula still in short supply?

The problem was initiated by supply chain disruptions, which caused major delays for retailers and businesses. It has also caused stores to limit the amount infant formula customers be able to buy.

A near-empty formula milk display is seen in an Orlando store. (Photo by Paul Hennessy/SOPA Images/LightRocket via Getty Images)

In February, the Food and Drug Administration warned consumers to avoid certain powdered infant products from a facility in Sturgis, Michigan, operated by Abbott Nutritionwho then launched a voluntary recall.

According to findings published in March by federal safety inspectors, Abbott failed to maintain sanitary conditions and procedures at the plant.

The Abbott Nutrition factory in Sturgis, Michigan, which has exacerbated the industry-wide shortage, is set to restart production on Saturday, but that still means the factory’s products will not be back on store shelves at least until mid-Julyaccording to the company’s production schedule.

Nestle is currently helping to alleviate the shortage by transporting Gerber baby food from the Netherlands and Alfamino from Switzerland to the United States.

RELATED: Nestlé sends infant formula to the United States from Europe to ease the shortage

A Nestlé spokesperson in a statement to FOX television stations said: “We brought in Gerber Good Start Extensive HA from the Netherlands and Alfamino from Switzerland for Nestle Health Science. We prioritized these products because they serve an essential medical purpose as they do for babies with cow’s milk protein allergies. It should be noted that both products were already imported, so we were able to act quickly. We have moved shipments and we have rushed by plane to meet immediate needs.

Nestlé did not specify how much formula was being shipped to the United States.

Where can I find the formula?

“My advice in the time of formula shortages doesn’t have to be brand-specific,” Steven Miller, a pediatric gastroenterologist at the Johns Hopkins Children’s Center, told FOX. “That means you can research other brands or store brands, which are often very good. “

If you’re still having trouble finding formula or your baby needs a specific brand, experts suggest talking with your pediatrician or calling a local food bank to see if they can help you find some. options.

They also recommend checking with smaller stores and pharmacies, which may still have supplies when larger stores run out.

Infant formula can also be very expensive. So, for families who qualify based on income, Women, Infants and Children (WIC), a federal program like food stamps that serves to help families, can provide free infant formula.

RELATED: Baby formula vs. breast milk: Doctors explain what parents should do if there’s a shortage of formula

Bottom line: Blanco says if you can’t find any formula, call your pediatrician or local hospital.

“There’s not a parent we couldn’t help,” Dr. Cynthia Blanco, a Texas neonatologist and member of the American Academy of Pediatrics (AAP), told FOX television stations.

FOX News contributed to this story.

Refugees can be assets rather than burdens to their new country