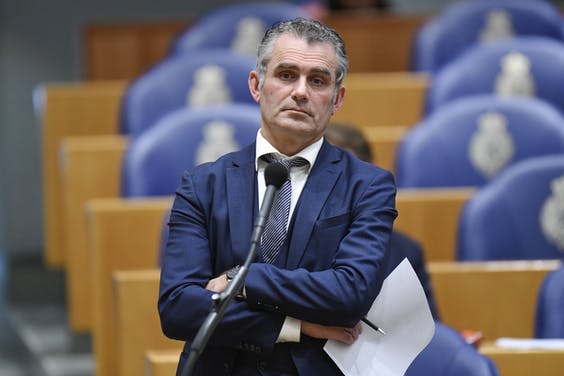 GroenLinks sees no interest in compensating all box 3 savers who have been scammed. The party only wants to meet savers with small capital. Compensation must also be paid by the owners of the heritage. This is what representative Tom van der Lee told GroenLinks. Today and tomorrow, the House of Representatives will debate a billion-dollar plan to offset the illegally declared “savings tax.”

There are now two compensation proposals on the table, the first alternative would cost 6.9 billion euros, and the second 11.7. At the end of last year, the High Court ruled that the Dutch method of taxation via box 3 on what people earn on their assets breached the EU human rights treaty.

The savings tax was deemed unfair because it was levied on a coined fixed return of 4% for assets over €50,000, or over €100,000 for tax partners. This is when people earn little from their savings due to low interest rates. Savers therefore paid a tax on declarations they had never made before.

The House of Representatives voted unanimously in early February in favor of compensation for small savers in the third square. According to van der Ley, as a legislator you can set certain limits. The house said: Compensate the little one who saves. Then you can discuss what you consider to be a small saving. I think people with savings over $1 million and other investments, to be clear, are not small savers.

There is a huge difference in the Netherlands

Van der Ley points out that after the United States, the Netherlands has the most inequality of all OECD countries and criticizes the current plans on the table. Rutte didn’t prioritize this in all of his coffers, and he didn’t adapt Square 3 in a timely manner. Now we see that in the proposed variants, the cheapest alternative already costs 7 billion euros, but this is because 60% of this amount ends up with people with savings of more than 250,000 euros, we don’t think it’s a small economy.

According to Van der Ley, 20% of the amount goes to people with savings of more than one million euros.

Suppose you choose a compensation and you are more generous than we would like, then we have the condition that it is paid by the rich. It is certainly not possible for people without wealth to have to pay more taxes to compensate rich people.

The Cabinet letter to the House of Representatives has not yet specified how exactly the compensation will be paid. This will factor into the Spring Note’s decision process, as a wealth tax will also be an option. The most expensive copy approaches 12 billion. Where in the name of God should this money come from… We also find it strange that the Cabinet did not actually indicate in the letter the options available.

For GroenLinks, how this funding is provided is really important, says Van der Lee. “We cannot endorse options where people with no assets bleed. Since July 1 of this year, the tax authorities would like to reimburse billions to deceived savers.

GroenLinks has long been in favor of a wealth tax and sees the issues surrounding Square 3 as the driving force behind this proposal. “We only want a wealth tax and not just a capital gains tax, but also a wealth tax. Because people with really big assets can really contribute more to society. Now the tax is mainly paid by labor.

The problem in the Netherlands is that the actual rates between boxes 1, 2 and 3 are completely incompatible. We have been waiting for a major tax reform for a long time and it should really start with Rutte 4, where wealth should be taxed more than income.