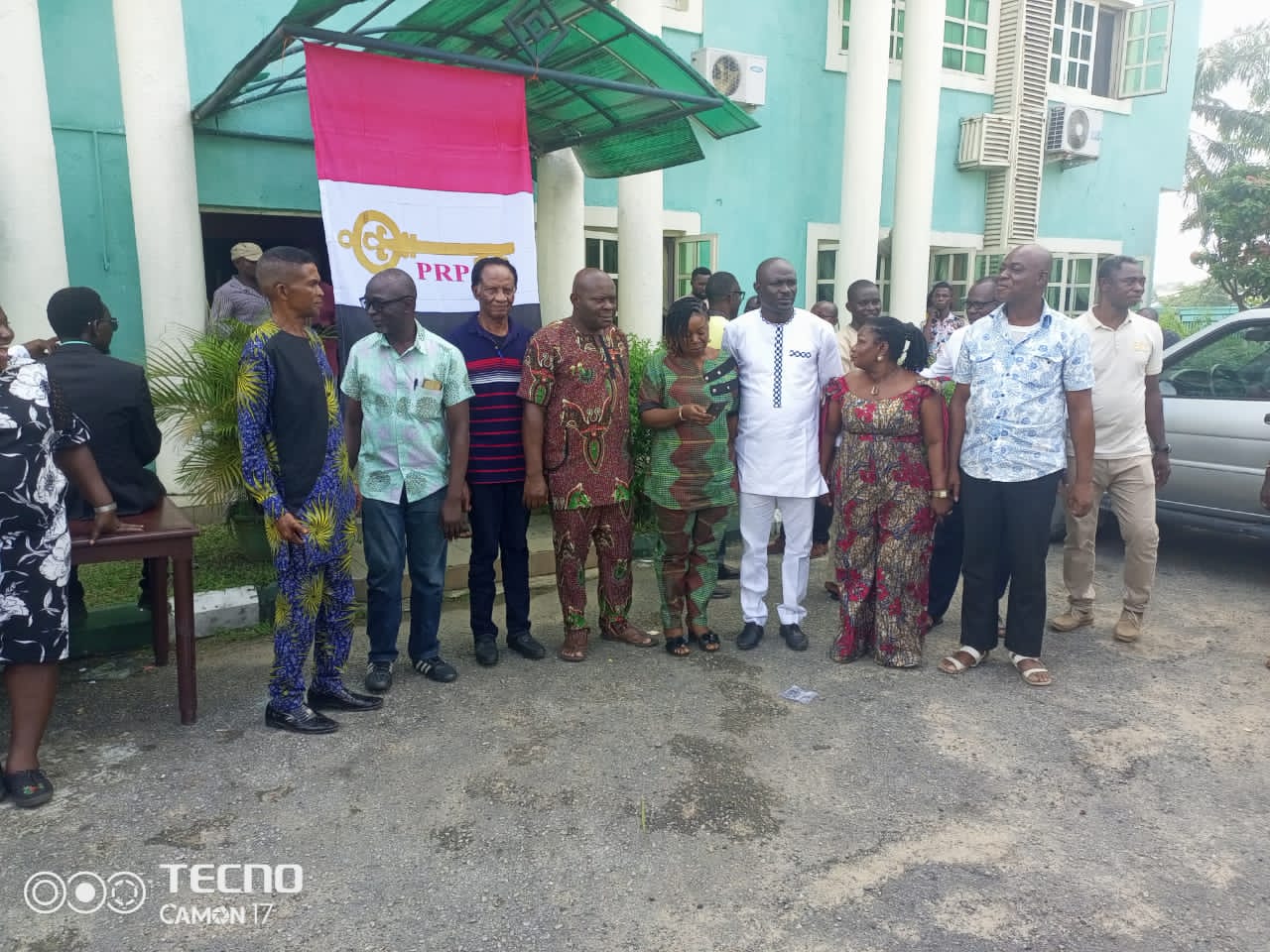 Edde Iji Edde, a professor of theater and communication arts at the University of Calabar, became the state chairman of the People’s Redemption Party (PRP).

Professor Edde, who is a former state commissioner, was the sole candidate for president and was elected unopposed and elected in accordance with the party constitution.

The election was conducted by the Chairman of the PRP State Congress Planning/Scouting/Primary Election, Comrade Ayim Temple of Ebonyi State in the presence of the Independent National Electoral Commission (INEC) held at the Green Valley Calabar hotel.

Declaring Professor Edde the winner of the PRP Congress in the State, Ayim said by the power vested “in me by the National Working Committee of our party, Professor Edde is hereby re-elected”

In his remarks, the State Chairman of the PRP, Prof. Edde tasked the members of the State Working Committee to project the ideals of the party which is equal opportunity for all Nigerians.

He hailed the efforts of the former Niger Delta minister for bringing the PRP into the state, just like he did in the APC, which is the ruling party in the state.

The former minister thanked the delegates from the 18 Local Government Areas in Cross River State, saying that “when we saw the injustice elsewhere, we decided to go where everyone is housed.”