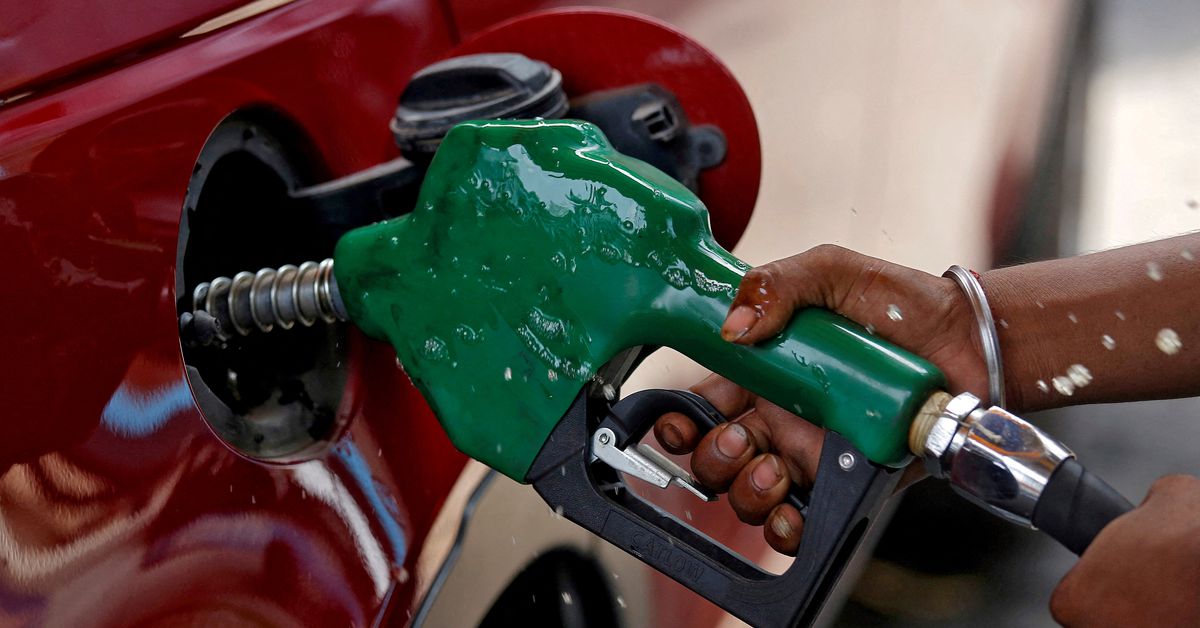 A worker holds a nozzle to pump gasoline into a vehicle at a gas station in Mumbai, India, May 21, 2018. REUTERS/Francis Mascarenhas

BP has announced that it is giving up its 19.75% stake in Rosneft. Read more

Indian companies and the oil ministry did not respond to Reuters emails seeking comment.

While Western nations have imposed sanctions on Russia for the war in Ukraine, India has not explicitly condemned Moscow’s actions there.

The world’s third-largest oil importer and consumer, India imports around 85% of its 5 million barrels per day (bpd) of oil needs.

The Oil Ministry has also asked OVL, the overseas investment arm of Oil and Natural Gas Corp (ONGC.NS), to consider buying out a 30% stake held by Exxon Mobile Corp (XOM. N), in the Sakhalin 1 project in the Russian Far East. Exxon is the operator of the project.

OVL already holds a 20% stake in the project.

Exxon announced on March 1 that it would withdraw approximately $4 billion in assets and cease all operations in Russia, including Sakhalin 1.

OVL also holds 26% of the capital of Vankorneft, owner of the Venkor field in the Western Siberian basin.

Separately, a consortium of Oil India, IOC and BPRL, the exploration arm of state refiner Bharat Petroleum Corp (BPCL.NS), owns a 23.9% stake in Vankorneft and a 29.9% in Taas-Yuryakh in eastern Siberia.

One of the sources said Indian companies were hoping to secure stakes in Russian assets at discounted rates given the risk involved, calling the potential deals “distress sales”.

A second source said Indian companies must study the impact of sanctions on potential investments and yet begin a due diligence process.

“The fear is that this investment will remain blocked in Russia because the sanctions could prevent us from bringing oil and gas to India.”

“Our effort has been to see how we can stabilize economic transactions, economic engagements with Russia in the current context… There are of course constraints, there are sanctions from certain countries, and we will have to somehow work through this,” Indian Foreign Ministry spokesman Arindam Bagchi said at a press conference.

Exxon said Wednesday that its Russian unit Exxon Neftegas Ltd has declared force majeure for its Sakhalin-1 operations due to sanctions imposed on Russia that have made it increasingly difficult to ship crude to customers. Read more