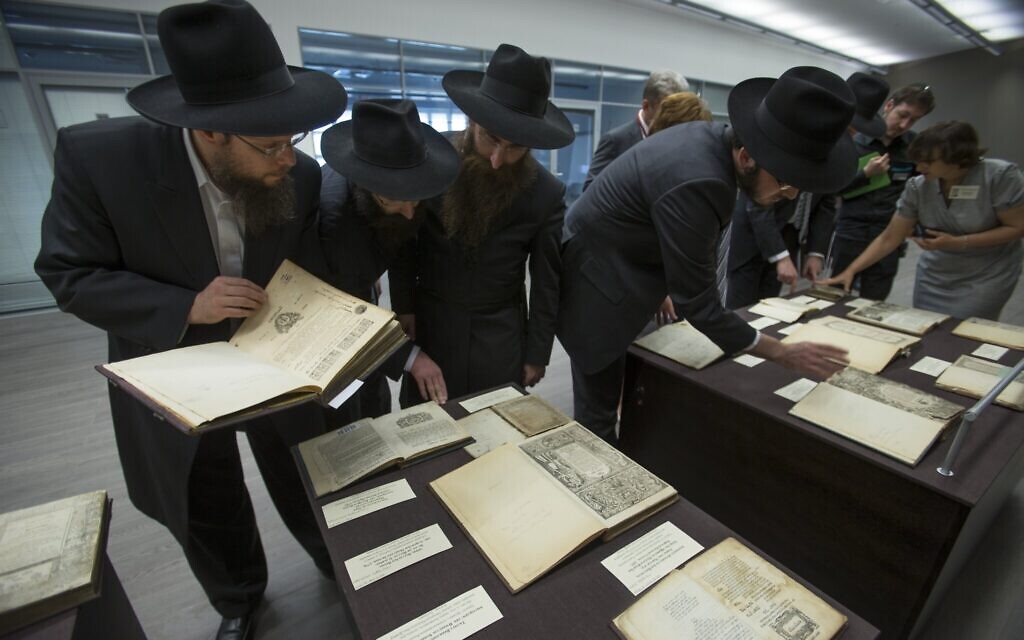 JTA — When the United States government announced it would seek to seize the assets of VEB, Russia’s main development bank, a lawyer for the Hasidic Chabad movement was over the moon.

For years, Chabad searched for a collection of sacred texts and documents that were taken from the movement after the Russian Revolution and, during the Holocaust, ended up in the hands of the Kremlin.

And for years, the United States has opposed Chabad’s efforts to seize Russian assets as bargaining chips in this quest.

Now the United States is going after the same funds, establishing a legal link between VEB’s assets and the Russian government.

“The federal government has determined that VEB is a piggy bank for the Kremlin, it’s basically a tool of the Russian state,” said Steven Lieberman, an attorney who represents Chabad pro bono.

In chase to seize Russian assets as part of an effort to sanction Russia for invading Ukraine, the White House is to some extent following in Chabad’s footsteps. The saga began in 2004 when Habad-Lubavitch, the Brooklyn-based Hasidic movement, filed a lawsuit in US federal court demanding that Russia return the texts.

The court ruled in Chabad’s favor and – after Russia failed to comply – fined the country $50,000 a day. Today, Russia owes Chabad more than $165 million. Subsequent court orders allowed Chabad to claim certain Russian assets for the amount of the fine.

But to claim these assets, you must first find them. Because much of Russia’s wealth is tied to seemingly private businesses, not the state, this can be tricky. It requires a legal subpoena process that attorney Nicholas O’Donnell, who specializes in suing foreign governments for property such as Nazi-looted art, compares to a game of molesting.

“It’s difficult especially in this case because the foreign sovereign, Russia, is acting in bad faith,” he said. “They hide assets to avoid paying the money they owe.”

Chabad says he would rather own the collection than see the fines keep piling up. Known as the Schneersohn Library and Archive, it is a historic collection of 12,000 books and 50,000 documents named for Rabbi Joseph I. Schneersohn, who led the movement until his died in 1950. It is considered to have special sentimental value as it was amassed over 200 years ago and then stolen by government authorities bent on persecuting the Chabad movement and Jews in general.

A wine-stained page from the ancient haggadah in the Schneerson collection. (Courtesy)

Part of the collection consists of a library that fell into the hands of the Soviet authorities when Chabad fled to Poland in the early 1920s. The other part is an archive left behind by Chabad when he escaped the Nazis and s is based in the United States.

“Our hope is that if we can seize these assets, it will put enough pressure on Putin and his minions that they will finally decide to return this library of holy books, which means so much to Jews around the world, but which does not mean nothing for them. the Russian government,” Lieberman said.

Years before Russia invaded Ukraine and the Biden administration decided to seize Russian wealth held in the United States, Chabad lawyers were busy hunting down that wealth. They have issued subpoenas to numerous financial institutions and companies seeking relevant information.

By the end of 2021, two entities had emerged as The main targets of Chabad: the main Russian development bank, VEB, and Tenex, a subsidiary of a Russian state company called Rosatom which sells uranium to nuclear power plants in the United States.

The United States announced sanctions against VEB on February 22 in the run-up to the Russian invasion of Ukraine, freezing the bank’s American assets. His determination that VEB is indeed the wealth of the state gave Lieberman confidence that Chabad can eventually convince the U.S. Treasury Department to turn over VEB’s assets.

“The Treasury grants from time to time what are called OFAC licenses where they essentially give third parties the rights to the assets they seized,” he said. “They did, for example, in some terrorism cases.” 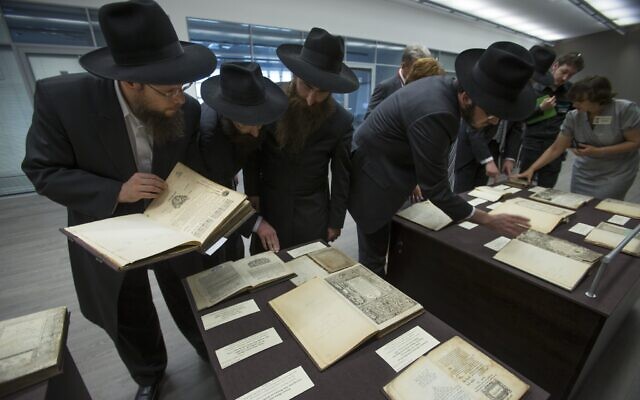 Not everyone is sure things will turn out so favorably for Chabad. O’Donnell, who has followed the Chabad case but has not worked on it, said the United States is likely to resist claims over seized assets.

“I’m not sure the US government wants to create a situation where they grab a whole bunch of money and then a whole bunch of other people who claim they’ve been wronged by Russia – which is a very, very long list. – say they should get some or all of the money,” he said.

While VEB’s assets in the United States are all sanction-bound, Tenex remains entirely unrestricted. Indeed, when the Biden administration imposed sanctions on the Russian energy industry on March 8, it exempted nuclear energy, allowing the continued import of Russian uranium.

“If we are allowed to seize the assets of Tenex, Chabad will be the only religious organization in the world with its own nuclear power supply,” Lieberman said, half-jokingly.

Ironically, the US government long opposed Chabad’s legal efforts against Russia, arguing that the group’s attempts to seize Russian assets compromise diplomatic objectives. In 2016, for example, the US Department of Justice argued in a court filing that seizing assets “could cause significant harm to US foreign policy interests”. 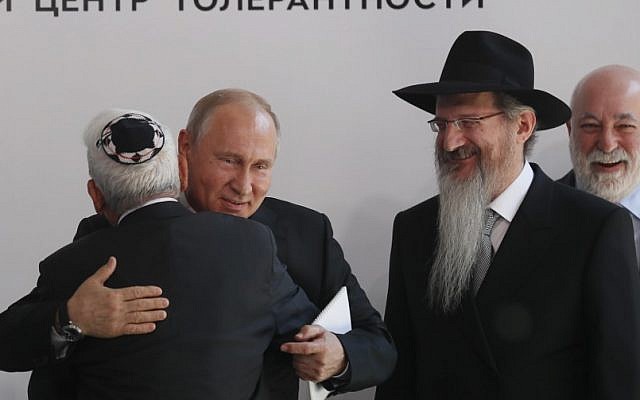 Lieberman declined to answer questions about whether Chabad had been in contact with the U.S. government about the matter, but he noted that there were no complaints filed against his motions against VEB and Tenex.

“The State Department has now sided with us,” he said, citing the government’s publicly stated position on Russia. “It is very clear that the interest of the American government is 100% to apply sanctions and seizures to the assets of the Russian Federation. So, after 20 years, we finally have the full support of the US government.

Russian President Vladimir Putin tried to end the dispute in 2013 by transferring part of the collection to the new Chabad-affiliated Jewish Museum and Tolerance Center in Moscow, headed by Russian Chief Rabbi Berel Lazar, a Chabad rabbi. 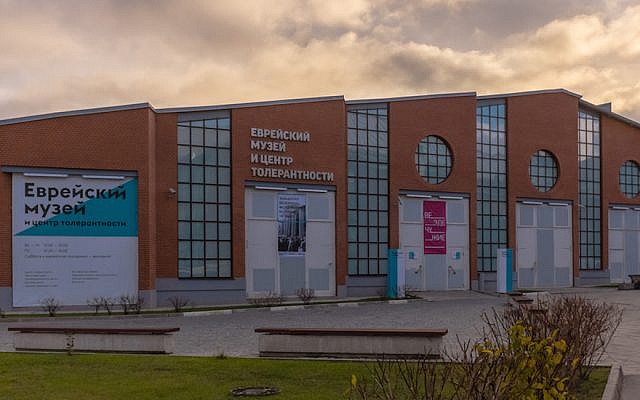 The Jewish Museum and Tolerance Center in Moscow, since its opening in 2012, has been dealing with the subject of Jewish revolutionaries. (Flickr Commons/Sergey Norin/via JTA)

Lazar’s spokesperson spoke to JTA about the dispute at the time.

“Putin’s suggestion surprised us, and not very pleasant,” said spokesman Rabbi Boruch Gorin. “We really wanted to stay out of the conflict”, but “when the President of Russia makes a suggestion, it is generally accepted”.

In the end, Putin’s decision did nothing to diminish the resolve of Chabad’s Brooklyn headquarters, Agudas Chasidei Chabad, who took the case to court — meaning Chabad is actually suing to claim compensation. goods exhibited in a museum that the movement itself manages.

Ownership is what is at stake, according to Lieberman. 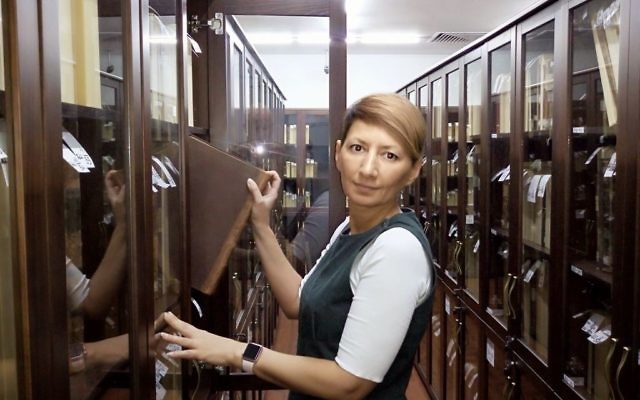 Svetlana Khvostova, the employee of the Russian State Library in charge of preserving the Schneerson collection. (Courtesy)

“The books are under the control of the Russian government. If Chabad wanted to come and pick up the books and bring them back to 770 Eastern Parkway, the answer is no,” he said, referring to the group’s Brooklyn headquarters address.

If Chabad’s ability to operate in countries that are at odds with each other at the same time was difficult before, Russia’s invasion of Ukraine has only made things much trickier.

Court rulings that would allow the group to sue are expected in the coming months.